“The Ups and Downs of Chinese Domination in Tuban City, East Java” 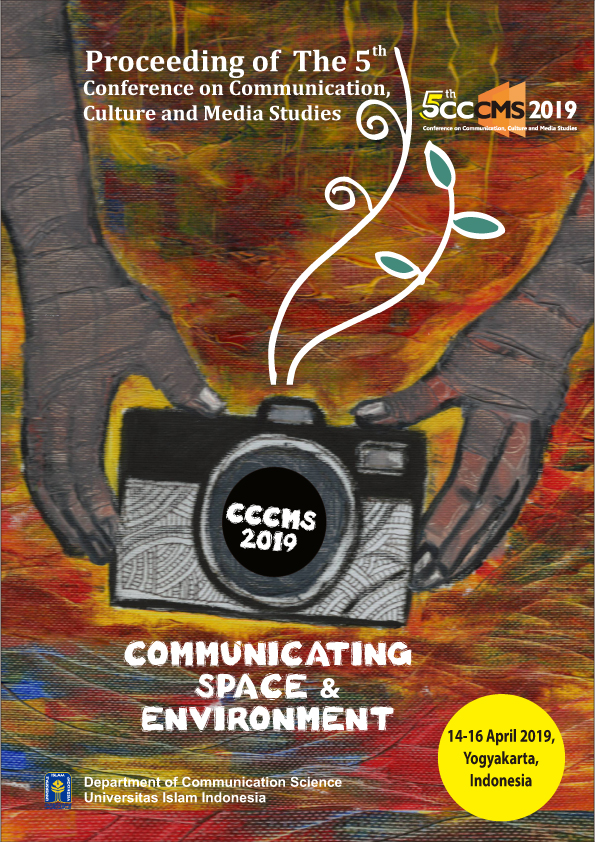 This paper is a study of the representation of power relations which starts from the study of signs and symbols attached to Tri Dharma Tjoe Ling Kiong Temple, Tuban, East Java. The purpose of this study was to explore the power relations related to the dominance of Chinese ethnic in the area of Tuban City related to the existence of Chinatown in the square symbolized by Tri Dharma Temple Tjoe Ling Kiong. The assumption is that the existence of a cultural symbol of the Chinese nation in the center of Tuban City basically communicates the power of cultural identity in shaping the identity of the city. This research is an explorative qualitative study using the method of social semiotics and refers to the concept of Representation from Stuart Hall and Episteme from Foucault. The results of the study showed how the power relations that emerged from the presence of the temple on the North side of the Square of Tuban City communicated the episteme ups and downs of the ethnic Chinese in the landscape of the power structure of Tuban City. Chinese ethnic conditions in the landscape of the power structure received a different distribution of power when the ruling regime was different. Meanwhile, contemporary discourse placed Temple as a commodified Chinese ethnic symbol in order to sharpen the differentiation of Tuban as a city in Java in order to form a city identity which would later lead to the global city discourse raised by capitalism.