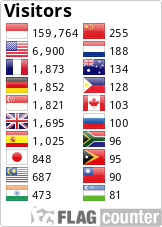 Through rapid deforestation, forest fires, degrading peatlands, and diminishing carbon â€˜sinksâ€™ Indonesia is one of the main contributors to the phenomenon of Global Climate Change. On the other hand, Indonesia will also be a major victim of Climate Change. The combination of high population density on some islands and high levels of biodiversity, together with 80,000 kilometres of coastline and 17,500 islands, makes Indonesia one of the most vulnerable countries to the impacts of Climate Change. Experts expect a warming from 0.2 to 0.3Â°C per decade in Indonesia during this century, together with an increase in annual precipitation across the majority of the Indonesian islands. Additionally there will be a change in the seasonality of precipitation; Borneo may become 10 to 30% wetter by the 2080â€™s during December-February. As rainfall decreases during critical times of the year this translates into higher drought risk, consequently a decrease in crop yields, economic instability and drastically more undernourished people. On the other hand, increased rainfall during already wet times of the year will lead to high flood risk. Rising sea levels and many more extreme weather events will contribute to the many problems caused by Global Climate Change. Indonesia, and Kalimantan in the first instance, has to take up the challenge of climate change in taking actions at all levels to reduce greenhouse gas emissions, including promoting sustainable use of land and water resources, and putting adaptation into the development agenda.