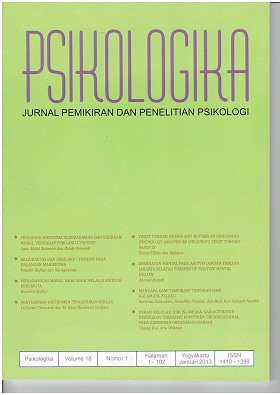 This study aims to look at what the motive actors participating in the brawl, brawl how their perceptions, what they expect from the fight, as well as their feelings after the brawl passed. The study was conducted in Makassar using a qualitative approach, the student respondents were involved in fighting the two faculties are most frequently involved in brawls action Makassar State University, the Faculty of Engineering and the Faculty of Arts and Design. Results showed that participants recognize that fighting is not tepuji action and not supposed to do. The actors involved in fighting for reasons that are divided into three categories, namely because they feel trapped brawl situation, a sense of solidarity, and as a senior call. In addition, they recognize that fighting is unacceptable behavior and do not deserve them, but because they feel actors participate brawl was caught in a brawl tradition. It is then a perpetrator motive. Things that become expectations of actors during and after the fight is to prove that they are solid and strong, so respected, so that the opponent deterrent and uphold