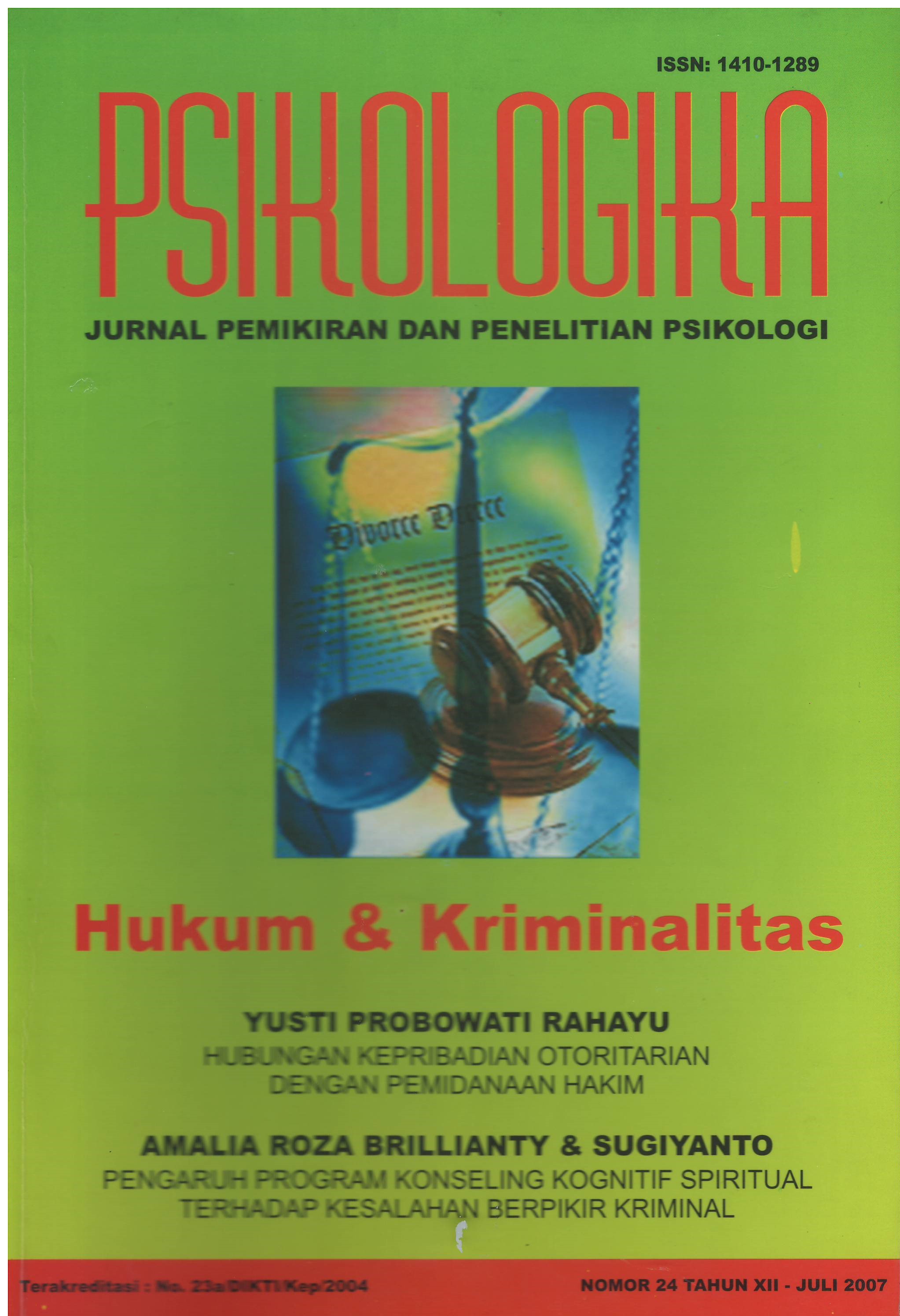 Keywords : Â  The sentencing of the judges, the authoritarian personality of judges,Â  the disparity of sentencing.