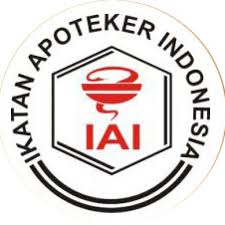 ABSTRACT
Celery (Apium graveolens L.) is one of plants that initially only used for cooking. Based on
the research by Wolski, et al., 2002, celery contains chemical compound such as tannins and
polyphenols. Tannins may be useful as an anti-diarrheal because of the adstringent effect. This
study aims to determine the antidiarrheals activity of celery leaf in male mice strain Balb-C that was
induced by castor oil. The ethanolic extract of celery leaves divided into three dose group (5,10 and
20 mg/kgBW). This research was done by two methods, protection of castor oil induced diarrhea
and intestinal transit. After five hours treatment, frequency of defecation, number of soft/liquid
feses and weight of stools were calculated. The gastrointestinal transit rate was expressed as the
percentage of longest distance traversed by the charcoal divided by the total length of the small
intestine.From the protection of castor oil induced diarrhea method, ethanol extract of celery 20
mg/20gBW doses decrease frequency of defecation, quantity of the soft / liquid stool and weight of
stool after 5 hours treatment in male mice that had been induced by castor oil. The effectiveness of
ethanol extract 20mg/20gBW dose equivalent to loperamid 0.06mg/20gBW (one way anova test at
the Î± = 95%). Besides, the ethanol extract of celery can prolong intestinal transit of mice, but lower
than loperamid 0.06mg/20g (one-way anova test at the Î± = 95%).

JIF at  http://journal.uii.ac.id/JIF/ is licensed under a Creative Commons Attribution 4.0 International License.