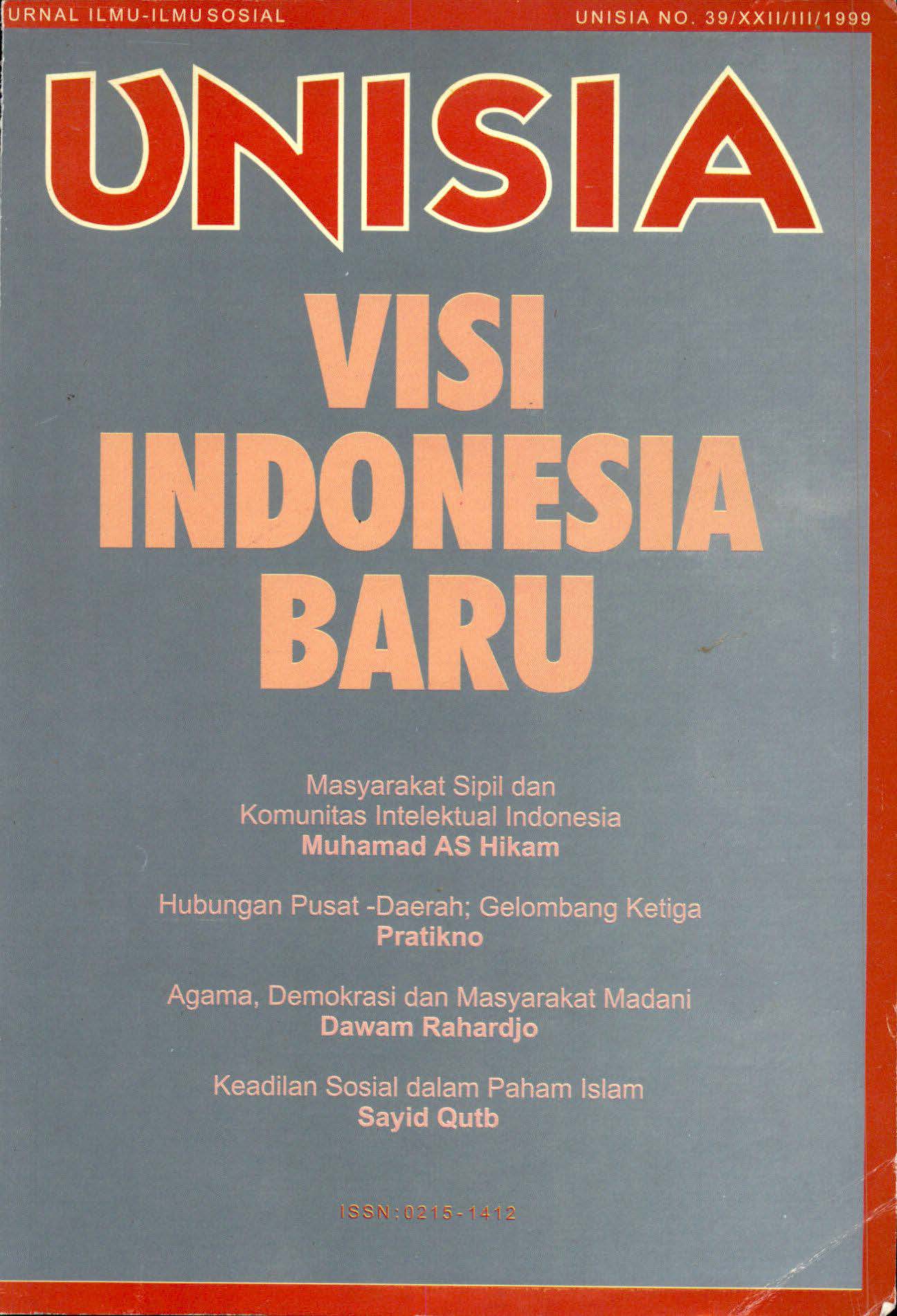 As a worldwide actual issue, nowadays, the consept of civil society has been popular in a lot of countries, especially in Asia, in Latin America Military regihries, and in Europe. In Indonesia, the discussion of the subject has moved into substansial area involving the form of civil society that can be established. There are least three models of the concept: firstly, civil society is only an interim form, because it may be destructed," and in turn be demobilished by the power. Secondly, because the state is merely a manifestation of the civil society and the function of the state only to serve greedly persons, the state will be destroyed by the proletar revolution. Thirdly, civil society will be used by the hegemony holder, at the same will be used by the hegemony holder, but at the same time it will ethically function to educate people. Nevertheless, whatever the models, it should be an ethical society that progressively achieve a great civilization.