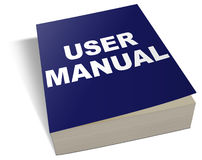 Â Â Â  Â Â Â  An investigation of Congo Red photodegradation using TiO2-Zeolite and UV radiation was performed. TiO2-Zeolite was prepared by dispersing of pillaring solution (in form oligocations of titanium) into suspension of Zeolite. The suspension was stirred and then filtered to separate the solid phase from the filtrate. the solid phase was calcined by microwave oven at 800 Watt for 5 minutes to convert the oligocations into its oxide forms. The calcined product andÂ  unmodified Zeolite were characterized using x-ray diffractometry, FT-IR spectrophotometry, X-ray fluorescence and gas sorption analysis to determine their physicochemical properties.
Â Â Â  Â Â Â  Photocatalytic activity of TiO2-Zeolite was tested on Congo Red using following method: 50 mg of Zeolite was dispersed into 25 mL of 10-4 M Congo Red. The dispersion was irradiated using 365 nm UV light at room temperature on various irradiation times, i.e. 10,20,30,40 and 60 minutes.Â  At certain irradiation time, the dispersion was filtered and the filtrate was then analyzed its concentration using UV-vis spectrophotometry method.
Â Â Â  Â Â Â  Characterization results exhibited that the formation of TiO2 on internal as well as external surfaces of Zeolite could not be detectedÂ  with x-ray diffractometry and FT-IR spectrophotometry, however determination of titanium using x-ray fluorescence analysis on the calcined product showed that the concentration of titanium was much higher than Zeolite (0.22% on Zeolite and 12.08% on TiO2-Zeolite). Gas sorption analysis result indicated that the the calcinationÂ  resulted in the increase of specific surface area (16,31 m2/g on Zeolite and 100,96 m2/g on TiO2-Zeolite) as well as total pore volumeÂ  of calcined product (13,34 mL/Ã…/g on Zeolite and 57,54 mL/Ã…/g on TiO2-Zeolite). Photocalytic activitiy test result conducted on that dye showed that ca 99 % of Congo Red was degraded by the system TiO2-Zeolite after UV irradiation for 60 minutes.