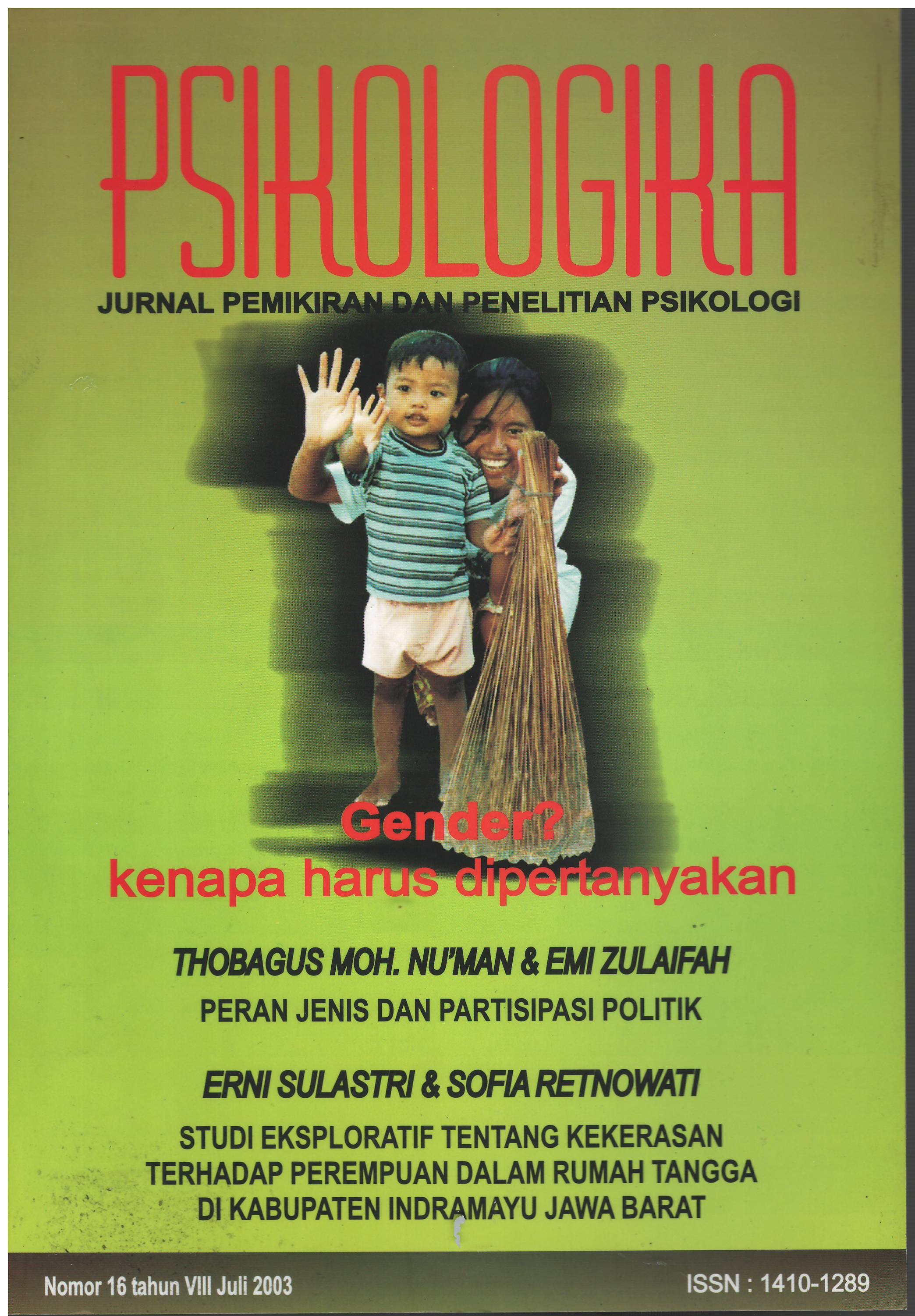 This article was written based on literatures on violence towards women, particularly domestic violence. The author offers range of efforts which should be made in the attempt to minimize gender violence. Many activities have been developed by non government organizations (non profits) such as through their centers to assist women in crisis. Besides, the acts for anti violence towards women hal also been ratified. However, the solution at the policy level has not been able to reduse the number of domestic violence. Many domestic violence cases remain unexplored as a result of the still existing taboo that domestic problems should not be exposed for public. Beside this value, there is a cultural basis that explains why preventing domestic violence remain difficult. Domestic violence, when explored further, has its cultural root, in the way men place himself as the “person in control” of his spouse (wife/woman). The attempt to prevent the widespread of domestic violence need to consider this cultural root, in order to achieve its goals more affectively. Programs for domestic violence prevention needs to aim at changing gender inequity ideology more seriously.Women rights issue need to be listed in the gender education programs within communities, commonly socialized through campaigns and trainings in gender issues.