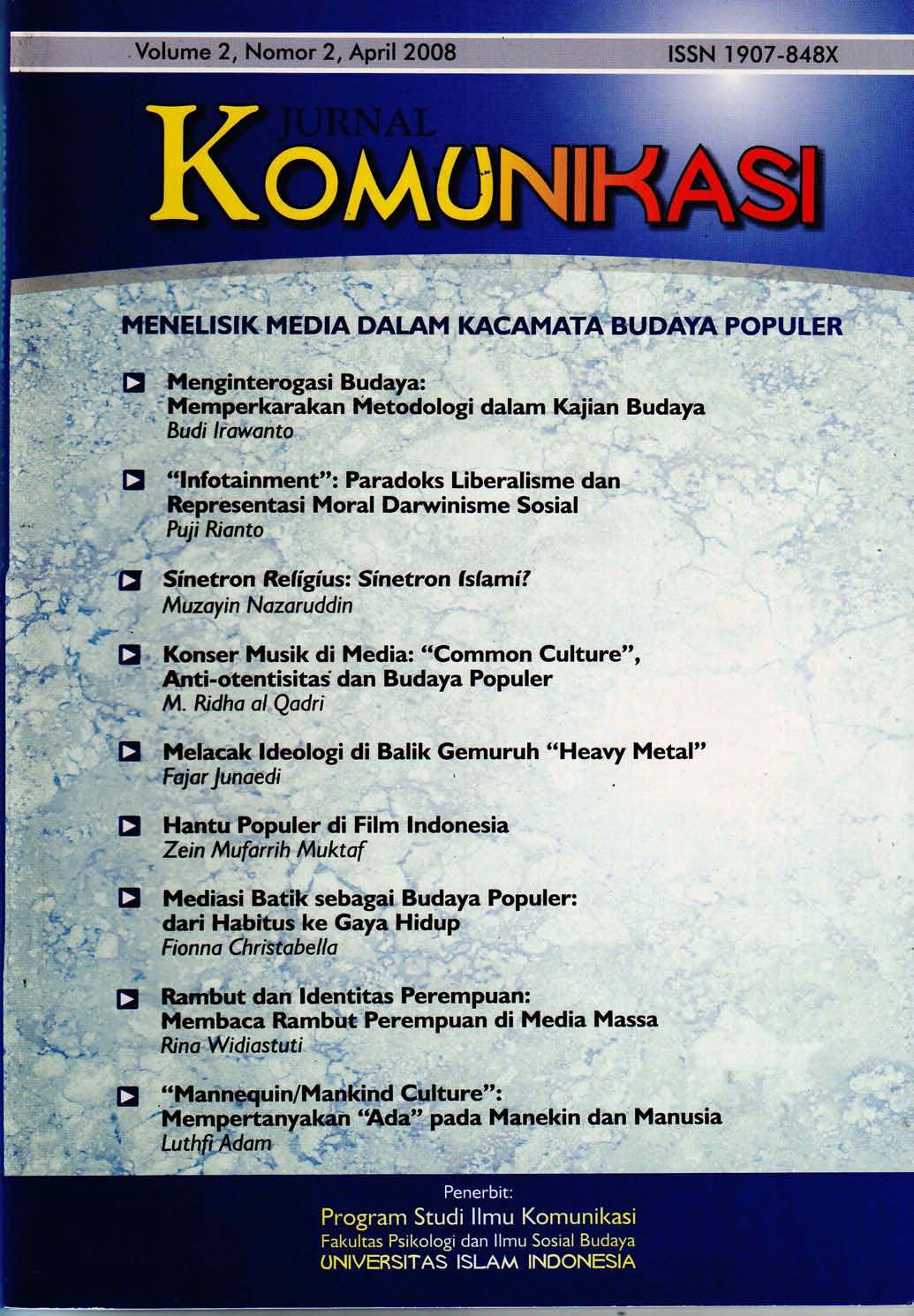 This article discusses the importance of woman hair as an identity symbol in relation with the development of information technology and industry. Women hair has became a commodificated human organ. Advertisements of some hair cosmetic products that showed beautiful image of celebrities' hair have bother women as media consumers. Media has been continuing to reproduce that image. This cause an identity crisis among women that could send them into a condition called mimetic crisis. Women try hard to “become-a-like” the image that shown in media, especially through advertisements there. Then, the meaning of beautiful is constructed by those advertisements rather than by women. Therefore, women face two options: freedom to express themselves in their own style, or drift into media and industry exploitations.