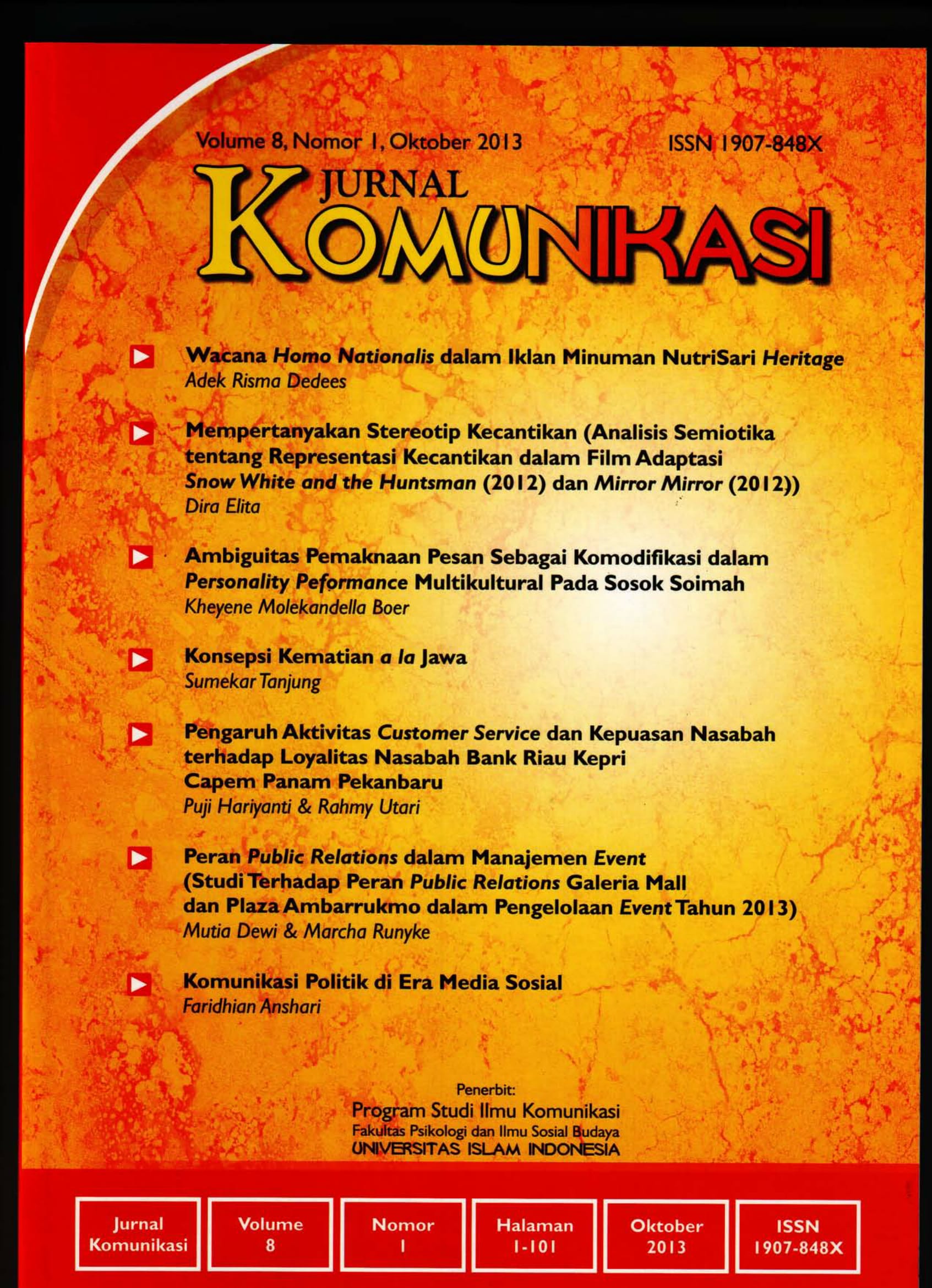 This article assumed media representation could create cultural ambiguity message and shared meaning process that could be misinterpret by the audience. The image of Javanese woman could distort. Here, commodification victimizes the cultural element. This article discuss about representation in Soimah’s personality performance in television.