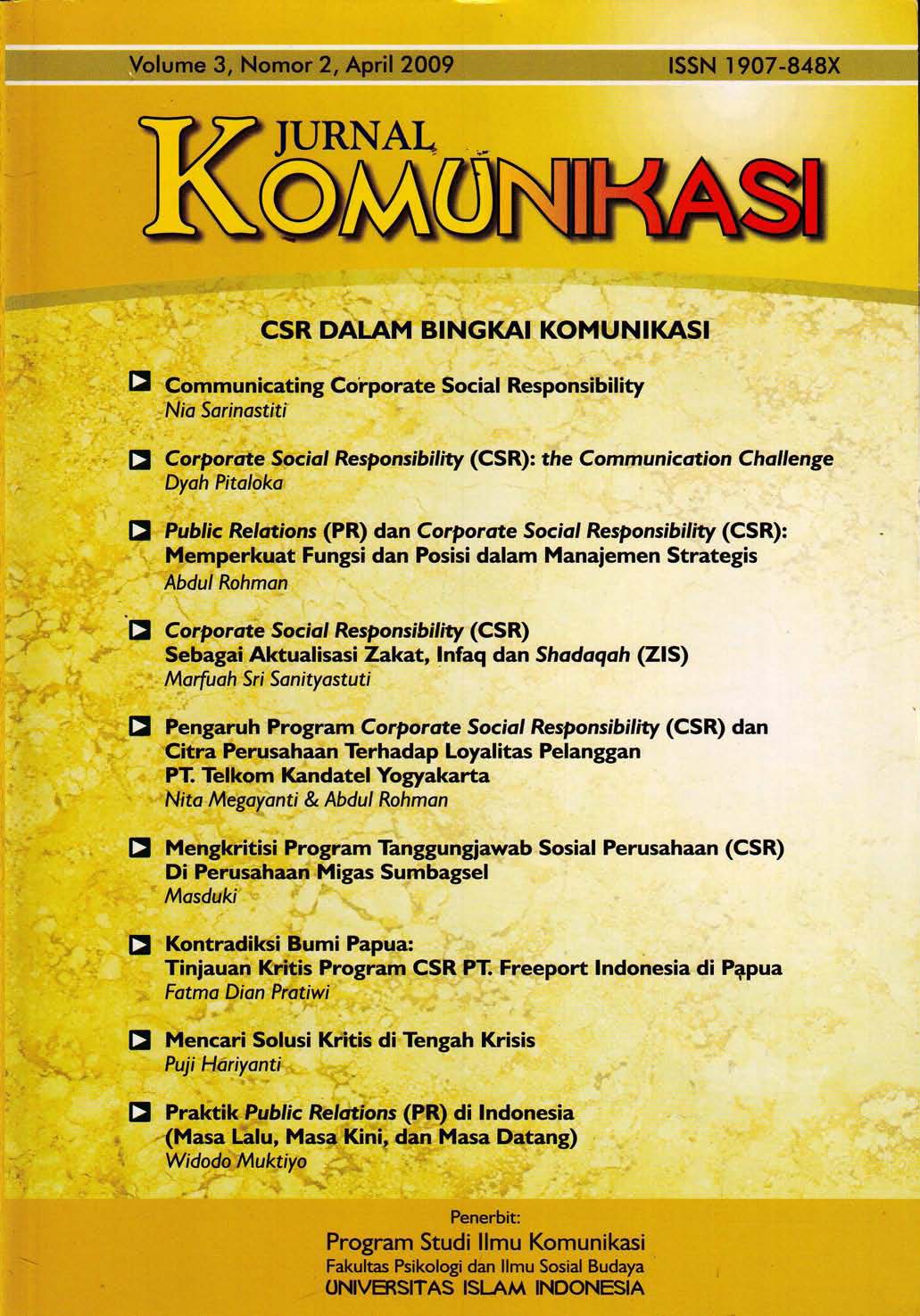 Corporate Social Responsibility has now face a new challenge. Skepticism and untruthful reactionfrom public and stakeholders rise as a form of response toward the practice of Corporate Social Responsibility. Latest research in England found that UK's biggest corporation facing the same condition as the public level of trust declining and skepticism towards corporate efforts rising up (Hawkins, 2005). This negative perception and skepticism toward the CSR messages communicate by the corporate has a matter of fact become challenge for the future development of the practice of CSR. Moreover, the response given by the media, pressuring groups and other significant groups in the community cannot be considered as a friendly and supportive action. It takes more than just a 30 second spots of TV commercial to build public trust and support. Detail information gained from an open dialogue with various stakeholders will give a better picture of how people think, hope, expect from corporation and its action.