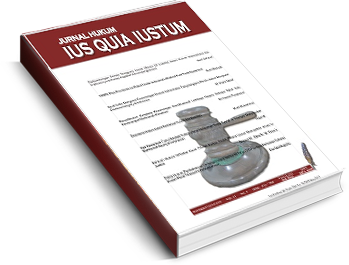 The protection for Intellectual Property Rights (HKI) with higher standards than the one mentioned in the Agreement on Trade-Related Aspects of Intellectual Property Rights (TRIPs), known as TRIPs-Plus, has become a crucial legal issue in bilateralism era nowadays. This research is aimed at analyzing the stipulations in TRIPs-Plus in the case of Patent which is mentioned in several Bilateral Free Trade Agreement (BFTAs), analyzing the existence of TRIPs-Plus in BFTA between Indonesia and its business partner countries, and analyzing whether Indonesia needs to revise its Constitution regarding Patent to fulfill such commitment. This was a normative legal research which used constitutional, conceptual, and comparative approaches. The findings show that most of BFTA which are already agreed by developed and developing countries with their business partner countries , in the case of Patent, contain the standards of TRIPs-Plus. Such stipulation is also found in Indonesian Japan Economic Partnership Agreement (IJEPA). However, the revision of Constitution about Patent should be based on not only bilateral commitment, but also national interests.