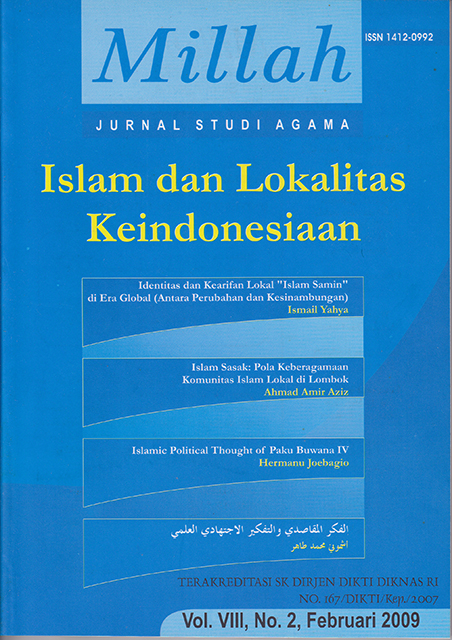 As a symbol system, istighosah ritual can be categorized as a part of slametan ritual. However, substantively, it is viewed from its motif and target and also its forms of execution; there is a difference between istighosah and slametan. Slametan ritual is understood as form of syncretism of Java Islam. But, istighosah ritual is assumed as more “genuine”, as a part of traditional santri community tradition rooted from a big tradition of Islam (high Islam) in Middle East. But it is too bad that istighosah ritual has not been studied by observer elaborating study of local tradition and Islam in Indonesia. Finding of this study seems to have a shifting of orientation and also other deep meaning change which can be expressed. At the genuine concept of Istighosah, it emphasizes on two elementary aspect; (1) Target motif and (2) Form of application. Its field study shows the gradual change of “contemporary” istighosah execution starting to exit from this “track”. There is a cultural system change at the group of traditional Muslim entity. To analyze it, this research use the perspective of Geertz’s symbolic-interpretative as a theoretical framework.