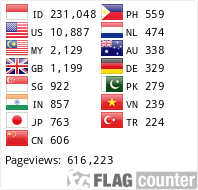 Portfolio selection method which have been introduced by Harry Markowitz (1952) used variance or deviation standard as a measure of risk. Kanno and Yamazaki (1991) introduced another method and used mean absolute deviation as a measure of risk instead of variance. The Value-at Risk (VaR) is a relatively new method to capitalized risk that been used by financial institutions. The aim of this research is compare between mean variance and mean absolute deviation of two portfolios. Next, we attempt to assess the VaR of two portfolios using delta normal method and historical simulation. We use the secondary data from the Jakarta Stock Exchange â€“ LQ45 during 2003. We find that there is a weak-positive correlation between deviation standard and return in both portfolios. The VaR nolmal delta based on mean absolute deviation method eventually is higher than the VaR normal delta based on mean variance method. However, based on the historical simulation the VaR of two methods is statistically insignificant. Thus, the deviation standard is sufficient measures of portfolio risk.