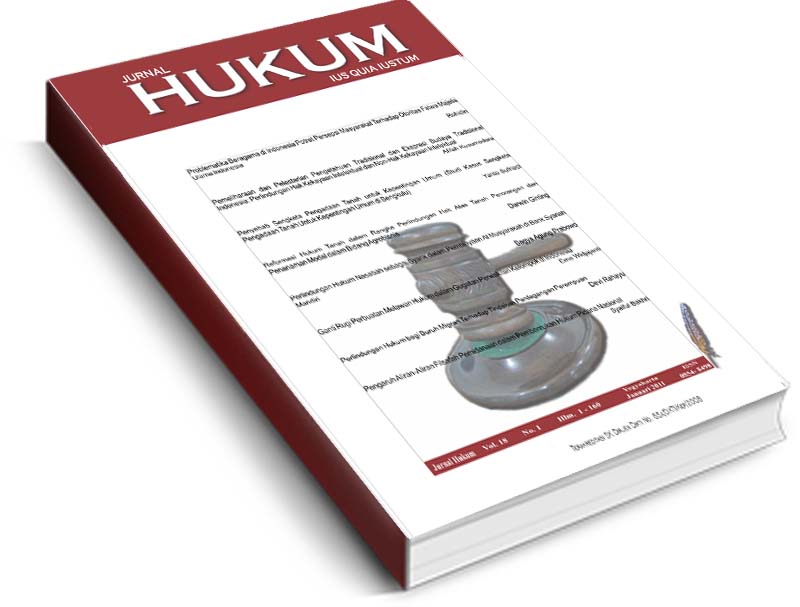 Indonesian Maintenance and Preservation of traditional knowledge and traditional cultural expression or folklore (PTEBT) has forced to be done by government. PTEBT is cultural heritage that gave unreal treasure for Indonesia. This research focused on the problem in what obstacles might appear when Rancangan Undang-Undang PTEBT (PTEBT Constitution Bill) constituted which could reduce its effectiveness to protect Indonesian PTEBT as well as effort of solution that must be done by government to overcome those problems. This research was done by juridical sociological research method. This research has concluded that government planning to give protection through RUU Perlindungan dan Pemanfaatan Kekayaan Intelectual PTEBT (PTEBT Constitution Bill of Intellectual Wealth Protection

and Utilization). Intellectual PTEBT could not prevent the loss of Indonesian PTEBT. Besides, the maintenance and preservation of PTEBT must be done comprehensively that included the protection effort of Intellectual Property Rights (IPR) and non-IPR, law effort, and non-law.