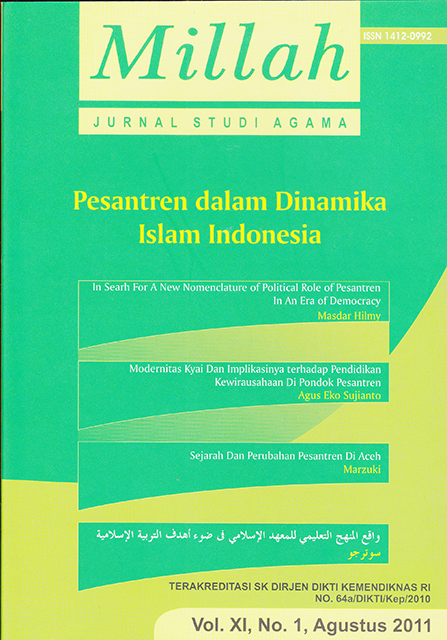 This article discusses the Islamic boarding schools (or pondok pesantren) in Indonesia and its role to de-radicalization of Islamic thought. Pondok pesantrens have developed within the framework of a relatively unique and have a different characters compared to similar education institutions in other countries. It’s mainly caused of the nature of peace that is felt when Islam entered the country. It implies on the peaceful nature of Islam in most of the existing pondok pesantrens, including its contributions to the nation. Eventough at current circumstance some pondok pesantrens have radicalization understanding that impact on terrorism in Indonesia, it should be placed in the context of the transnational Islamic movements around the world. This article also emphasizes the importance of strengthening the role of government in an effort to de-radicalization of Islam through pondok pesantrens with the institutional strengthening of this Islamic educational institutions in the form of program to support community empowerment to break the chain of radicalization movement.