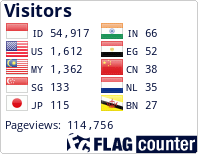 Times will quickly change as the culture development. Indonesia is famous for its plurality, with various colors ranging from regional origin, language, tradition, and no less importance of belief. The beauty of Indonesia creates attraction for foreigners, so many come to explore just to learn Indonesian culture. Culture language is derived from Sanskrit buddhayah from the word of mind means the mind or reason, got the sense by Koentjaraningrat said that culture is the power of creativity, intention, and taste, when added the prefix "to" and the end "an" got the word culture has the meaning of behavior or community behavior that is mutually agreed upon in living the rules of life (Srihadi & Srimuryati: 2013: p.102). Teenagers become one of the drivers of the changing times, someone who says teenagers if they have undergone physical changes or attitudes. Someone who was categorized as a teenager when he reached the age of 16, 17, up to 18 years. Behavior change in adolescents is often referred to as stereotypes that lead to more negative influences, such as self-destructive behavior or imitating poor performing styles on idol artists, this is a barrier between parent-child relationships so the problem of the child is difficult to solve itself (Hurlock: 1980 ) Human life runs socially to meet the needs of everyday life, if there are people who think that he can live because of his own efforts it is very impossible, even we live in the forest still need other creatures. Interactions that occur between people per person can be done in various ways one of them communication. Communication can be done directly or through media or intermediary. Media is a tool used in conveying messages, while there is an addition of NEA (National Education Assiciation) that forms print, audio-visual, and various other communication (Sanaky H.AH.: 2013). If media and social are combined then it will gain a new understanding of social media. Social media can also be said as an online medium in which people want to use the need to create a profile and login first, the positive impact that there are many, become the main thing is to facilitate communication, can know various information, share photos or video, and make various places specifically to train skills such as blogs or wikipedia (Center of Public Relations Ministry of Trade, 2014)