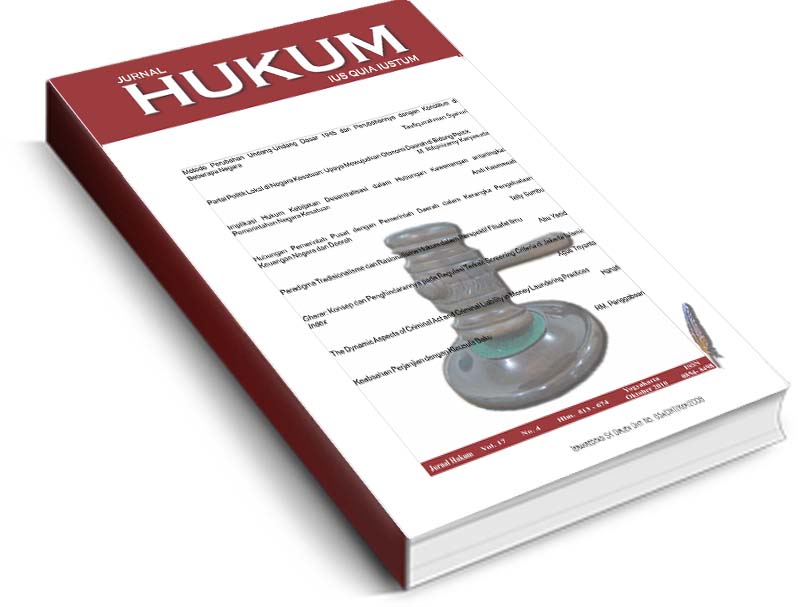 The purpose of this article is to discuss ius constituendum on abortion in Indonesia from criminal law perspective between Common Law System and Civil Law System. Ius constituendum on abortion in Indonesia is not directed to legalization of abortion as carried out both in The Netherlands and USA but tends to be harmonized with therapeutic abortion concept both in medical and psychiatric fields. Such a harmonization would result in the enlargement of exception in carrying out abortion not only limited on ‘for saving mother’s life based on medical indication’ but also for other reasons such as ‘pregnancy because of rape and incest’, ‘mother experiencing huge mental disorder’ and ’the fetus experiencing huge physical destruction’.