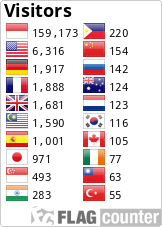 There are several alternative point of view about the conflict. One of the alternative point offered by Joe Sacco, an US comic writer. Sacco offers the stories from fact that often forgotten by the Western Media. This research discuss about Footnotes in Gaza, one of Saccoâ€™s comic. Footnotes in Gaza based on Saccoâ€™s investigation about Khan Younis and Rafah incident in 1956, when the the Palestine civilian were being killed by Israeli soldiers.

This research use Sara Millsâ€™ positioning the subject-object as the methods. In The Footnotes in Gaza, clearly seen that the position of the narrator (the subject) is always held by the victims (the Palestinians), while the object is the Israeli with all their act of violence.