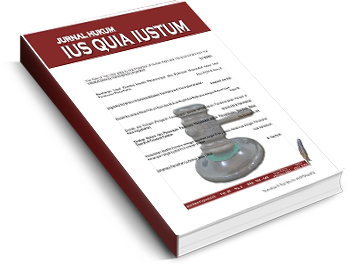 The problems studied in this research include: first, what is the conception of the independence of BUMN Persero (State Owned Enterprise) as separate legal entity based on the theory and legal doctrine of Liability Company and all of its legal consequences? Second, what is the status of state  assets in regard to the capital of State Owned Enterprise? Third, how is the relation of State Owned Enterprise and its subsidiaries in accordance with the theory and doctrine of regulation of limited company? This research is conducted using legal normative. The findings in this research show that : first, BUMN Persero as separate legal entity is entitled to have its own assets that are separated from the assets of its management including the personal assets of its share holders, second, in the context of State Owned Enterprise, the inclusion of state assets into the capital of BUMN is a result of separating the state owned assets as regulated in Law Number 19 Year 2003 about BUMN, and third, State Owned Enterprise along with its subsidiaries is an independent legal entity in which its management must be done in accordance with certain rules (good corporate governance) without any interfere from any parties.