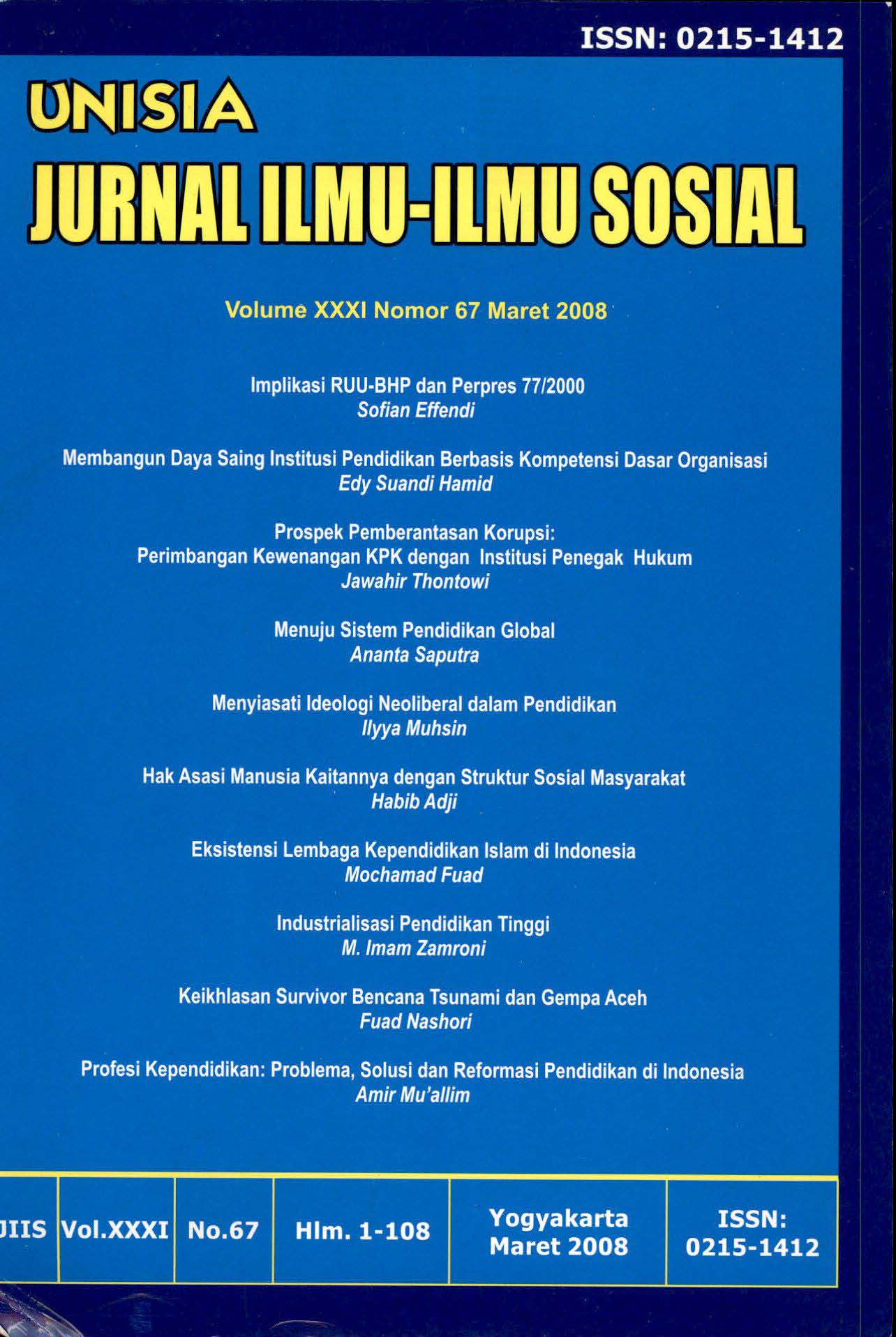 This study reveals that law enforcement against corruption crimes carried out by the Anti-Corruption Committee (Komisi Pemberantasan Korupsi, here in after KPK) has not been fully effective to reduce the crimes. However, the KPK remains important to exist. Never theless, its roles need to be reduced in order to create balance of authorities between the KPK and other institutions that are involved indealing with corruption eradication. Polices and prosecutors should remain having their own jurisdiction in local government levels to eradicate corruption, and the establishment of special task force, such as Police Task Force, to investigate corruption case should be taken into account

You may also start an advanced similarity search for this article.